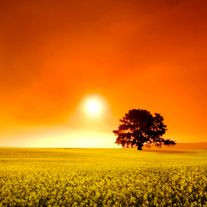 Adrian Theodore Whylly was born in Nassau, New Providence, Bahamas January 17, 1963 and was raised in the Baintown area, where he was taught by his beloved parents—Euphemia and Theodore Whylly—the fundamentals of life, such as obeying your elders, giving of yourself wholeheartedly, trusting in your creator, and that there’s nothing in this life you can’t achieve, it’s just how bad you want it. Adrian attended Woodcock Primary school, then T.G. Glover Jr. High, and graduated from C.C. Sweeting Sr. High in 1980 with a specialty in culinary. Soon after, he began working at Loews Hotel on Paradise Island as a banquet bus boy. After his first year of working at the hotel, Adrian emigrated to the United States, locating first in Brooklyn, New York, and then in Greenwich, Connecticut. It was while he was in Greenwich, at the age of 18, that Adrian discovered his love of cooking. He worked his way up from dishwasher to prep cook, and over time, learned the fundamentals of the kitchen and all the popular and classic dishes of American, Caribbean and Mediterranean cuisine. Throughout his career, Adrian has worked in prestigious hotels and restaurants, learning the cooking trade under the best chefs in the industry. In July 1997, as the overnight chef for the Hyatt Regency in Greenwich, Connecticut, Adrian was featured on Cablevision Channel 12’s cooking show. After working for the Hyatt for five years, Adrian decided to start his own business, Adrian’s Touch Cooking Service. In 2006, Adrian became a member of the Bahamian American Association, and immediately began donating his time and cooking skills to Bahama House. Adrian was always willing to give his time, talent and resources to help a friend, family member, or fellow Bahamian. In addition to his excellent cooking skills, Adrian was well known for his singing, particularly of Bob Marley songs, in karaoke venues in and around Stamford. He was also known for his beautiful smile, constant laugh, and his willingness to always help others in need. He enjoyed mentoring young budding chefs and always making sure that young student Bahamians in the U.S. had a place to go where they could get a taste and a touch of home. Adrian, the youngest of eight children, leaves behind his mother, Euphemia Whylly, his daughter, Mykeyla Brown-Whylly, his ex-wife, Lynn Ellen Russo, his Aunt Winnifred Baxter, three sisters, Christine Taylor, Pamela Pennant, and Rochelle Perkins, one brother, Glen King, and dozens of nieces and nephews, including Christine Lundy (husband Dwayne Sr., and children Dwayne Jr., Nicolette, and Alana), Nathalie Ramsey (husband Keano Sr. and son Keano Jr.), Mark (daughters Marinique, Yasmeen, and Gia), Ali (daughters Alicia and Tatyanna), and Jonathan Knowles, children of Andre Knowles; Jermaine (children Destiny, Layla and Rylee), Brittany, Andre (children Justin, Aiyden, Austin and Juliana) and Alexander Perkins, children of Rochelle and Andre Perkins; Glendee King and Tony King Carter, children of Glen and Janet King; Sasha, Jamaal and Jonathan Pennant, children of Pamela and Raymond Pennant; Corey, Nathan, Samantha and Christopher Taylor, children of Christine and Phillip Taylor; and Victoria King, daughter of Victor King. He leaves behind several cousins who were very important to him, including Allison Doris Lewis and her children Heather, K.C. and Walter; Nicanor and Mia Davidson and their children Andrew and Elisa; Tony and Bonnie Roberts and their children Darren, Brandon and Jordan; Joanne Davidson; Michaela and Vivian Whylly and Yannique Whylly Thomas; and the Whitten family: Mary, Sonia, Mary Jane, Jimmy, and Elise Latimore, among others. Adrian was predeceased by his father, Theodore Whylly, two brothers, Victor and Lester King, his sister Andre Knowles, and his cousin Kenrece Baxter, among others. He also will be greatly remembered by his dearest friends, including Terrance (“Hippy”) Wilkinson, Stephen (“Uncle Billy”) Pennerman, the Carey family, Sonia Pinder, Debbie Knowles, Claudia Frazier, the Foster family, Jim Morton, Perry Joseph, Corey Brooks, Sam and Esther Mitchell, Joe and Debbie Ribiero, Clerveau Yvasse, Dorea Rolle, Greer Fredericks, Ted and Mia Wright, Lydia Wyclif, Theresa Terry and so many more. Also, Adrian was proud to be working at the Hilton Garden Inn in Greenville, SC, and will be greatly missed there.

Adrian Theodore Whylly was born in Nassau, New Providence, Bahamas January 17, 1963 and was raised in the Baintown area, where he was taught by his beloved parents&#8212;Euphemia and Theodore Whylly&#8212;the fundamentals of life, such as obeying... View Obituary & Service Information

The family of Adrian Theodore Whylly created this Life Tributes page to make it easy to share your memories.

Send flowers to the Whylly family.