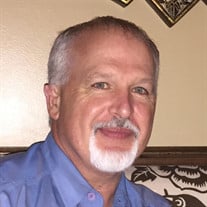 Benjamin Eugene “Ben” Brooks, Jr., 58, beloved husband of Hilda Winstead Brooks, passed away after a brief illness on August 16, 2021, surrounded by his family who loved him dearly. Ben attended Riverside High School and graduated from Clemson University in 1985. He was most recently employed with BMW after working for King Pharmaceutical for 25 years as District Manager. Ben was an experienced traveler, was fun to be around, and had many interests and hobbies. He was a gifted athlete and scratch golfer but was humble and gracious when he played. He was an accomplished cook and shared his love of food by constantly creating and preparing meals for his family. He loved a good conversation over any subject in the world, especially shared over an excellent glass of red wine. Ben’s personality was larger than life. He never met a stranger and his charismatic personality drew people to him. He was naturally kind and generous and would do anything for a friend. Surviving in addition to his wife and best friend, Hilda, are two cherished sons, of whom he was most proud, Jordan Daniel Brooks of Clarksville, TN, and Patrick Aaron Brooks of Atlanta, GA. He is also survived by two step-children, Alexandria Marie Marcos, and John Connor Marcos, both of Greenville; his father, Benjamin Eugene Brooks, Sr. of Greenville; sister, Gina Brooks Cornick of Raleigh, NC; brother, Harold 'Hal' Brooks of Greenville; in-laws, Dr. Philip and Hazel Winstead of Pawleys Island; sisters-in-law, Beth Winstead Madray, and Connie Winstead Kern (Dave); and many extended family members and friends. Ben was predeceased by his mother, Louise Lemmons Brooks; and brother-in-law, John Macon Cornick. A memorial service will be held at 3 PM, Friday, August 20, 2021 at First Presbyterian Church Greenville, 200 W Washington St, Greenville, SC 29601. Cremation Society of South Carolina - Westville Funerals is serving the family.

The family of Ben Brooks created this Life Tributes page to make it easy to share your memories.

Send flowers to the Brooks family.