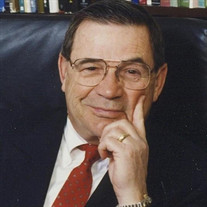 Dr. George A. Baker III. Taylors – Dr. George A. Baker III, Lt. Colonel U.S. Marine Corps (Retired), 89, died Saturday January 29, 2022. George was a beloved son, brother, husband, father, grandfather, and great-grandfather. He was preceded in death by his parents, George A. Baker, Jr. and Sarah Adell Holzer. He is survived by his high school sweetheart and wife, Irene Baker, with whom he celebrated 66 years of marriage; their three children and families: Brad, wife Teresa and their children, Austin and Casey; Allison and her children, Taylor, husband, TK, and son Tommy, Blake, and Alexandra; and Derek, wife Tammy and their children, Brooke and husband, Blake, D.J. and wife, Emily, Jamie, Jennifer and daughter Skylar, and Dallas. He is also survived by his brothers: Art Baker; Bobby Baker and wife Barbara; and Michael Capers and wife Linda, and their families. Born in Sumter, South Carolina, George finished high school at Warren Wilson Junior College and continued his college education at Presbyterian College. After joining the United States Marine Corps, he earned his master’s degree at Shippensburg University and received his doctorate in Higher Education Administration from Duke University while on active duty. During his 22-year military career, his tours included Camp David, Presidential retreat in Maryland under President Lyndon B. Johnson, and two tours in Vietnam. His last tour was teaching at the Naval War College in Newport, Rhode Island. George was the recipient of numerous decorations and commendations, including the Legion of Merit, Bronze Star, Purple Heart, Air Medal, Presidential Unit Citation, Meritorious Service Medal, and Navy Commendation Medal. Academia was his second career beginning as an Administrator at Greenville Technical College in Greenville, SC. He was a Professor of Higher Education at the University of Texas at Austin and the Distinguished Endowed Chair in Higher Education Leadership at North Carolina State University. Among other notable achievements, he was influential in establishing the United States Marine Corps University in Quantico, Virginia through his leadership on the Board of Visitors for almost 30 years. His love of scholarship and leadership is exemplified through the words of a previous graduate student: “George believed in his employees and students when we did not believe in ourselves. He was so good at inspiring and teaching without inhibiting. His energy and enthusiasm were undying…. His unselfish joy in his work and love for people [made] him successful.” In retirement George continued to support higher education as a consultant and guest speaker at many organizations. He also enjoyed traveling overseas with Irene, playing golf and poker with the Golden Boys of Pebble Creek Country Club in Taylors, South Carolina, spending time with family and friends at Wild Dunes Resort in Mount Pleasant near Charleston, South Carolina, and cheering on the New York Yankees, Duke Blue Devils, Texas Longhorns, NC State Wolfpack, and Clemson Tigers. He will be missed! George will be buried at Arlington National Cemetery. In lieu of flowers, memorials will be accepted at the George and Irene Baker Scholarship for Community College Leadership at the University of Texas at Austin: https://give.utexas.edu/?menu=OGPEDGIB.

The family of George A. Baker III created this Life Tributes page to make it easy to share your memories.

Send flowers to the Baker family.