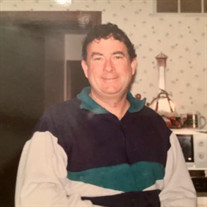 Henry Newton Phillips II, age 78, a long-time resident of Port Charlotte, FL and Carmel, IN, passed away Friday, January 28, 2022, at St. Francis Eastside Hospital in Greenville, SC from natural causes. Born August 26, 1943, he was the son of the late Henry and Helen Phillips and the husband of the late Vicki Warren Phillips. Henry spent most of his life in the Indianapolis area until he retired to Port Charlotte, Florida. After graduating from Wendell L. Willkie High School in Elwood, Indiana, he earned his Bachelor of Science in physics and Master of Industrial Administration degrees from Purdue University, West Lafayette, IN. After college, Henry had a successful career as a product design engineer for Eli Lilly in Indianapolis and retired after 30 years. He was one of the pioneers in the development of insulin delivery devices. Henry enjoyed spending time with his family which included boating and vacationing. He was active in his community and served at the local Cub Scouts as den leader and pack leader. His hobbies included woodworking, the sport of croquet, model trains and fishing. Henry was often the life of the party and his wit; sense of humor and hospitality will be missed by friends and family. He is survived by his daughter, Shelley Luettgen of Delafield, WI; his son, Scott and daughter-in-law, Heidi Phillips of Simpsonville SC; five grandchildren, Bryan, Matt, and Hannah Luettgen and Valerie and Brandon Phillips; sister Beverly (Dave) Thomas; brother-in-law Ron Cole; and many nieces and nephews. In addition to his parents and wife, he was pre-deceased by a sister, Kathryn Cole. A Celebration of Life Service will be held on Saturday, February 19th, 2022, at 11am at the Chapel of Cremation Society of South Carolina, 6010 White Horse Road, Greenville South Carolina 29611. Memorials may be sent to the American Heart Association.

The family of Henry Newton Phillips II created this Life Tributes page to make it easy to share your memories.

Send flowers to the Phillips family.