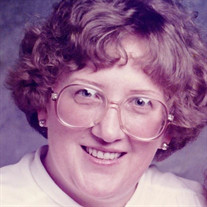 Jean Marie Dolan passed peacefully on October 21, 2021 She is survived by her three children, Jack Dolan (Phyllis), Doug Dolan (Linda), and Kelly Dolan, her brother Warren Duncan, and five grandchildren Audy Davis, Patrick Dolan, Tera Dolan, Matthew Dolan, and Elizabeth Dolan and two great-grandchildren - Kylee and Leah. Jean Dolan, also known as “Jeannie”, was born in Washington DC on July 17th in the year 1941 to parents Marvin Jackson Duncan and Marie Nelson Duncan. She was the second child of five: Allen, (Jean). Warren, Eileen, and Steven, of all she is survived only by her brother, Warren. She graduated from Walter Johnson High School in Bethesda, MD. She then went to Strayer College for Secretarial training where she learned to type over 100 words per minute and became proficient at shorthand. She married only once in her life to Carl Dolan, but it lasted only seven years. They had three kids within five years. She soon found herself raising her kids on her own. Earning only a secretary’s salary, she struggled to make ends meet. In the mid-1970s, Jean began working for CML Satellite Corporation which changed its name to Satellite Business Systems (a communications satellite company). For many years, she served as a secretary then transferred to the call center support team. During an acquisition process, she was able to transfer to IBM’s payroll where she was asked to learn procurement and was with IBM for another 15 years until taking early retirement in the late 1990s. She then worked for two other companies, BDM Technologies and MitreTek Systems, both government contractors in administrative roles. Her most proud accomplishments in life were her children and she cherished watching them grow older and take on the challenges of life, including jobs, marriages, and kids. Having a single income - she was also very proud when she was approved for a loan to purchase a condominium in Tyson’s Corner, VA - a huge endeavor that she thought she’d never been able to accomplish. After selling the condo, the proceeds allowed her to purchase her current home outright when she moved to South Carolina in 2008. She enjoyed dancing, taking pictures, talking with friends and family over the phone, drawing, painting, playing games, spending time with family, doing Creative Memories, watching television, and absolutely loved dining out (or carrying out...or delivery). Jean enjoyed people and loved to laugh. She made many friends at the jobs she had over the years and she’d work to keep in touch with them. She had a resounding cackle that would burst out of nowhere whenever she thought something was funny - at appropriate moments...or not so appropriate moments. This kept things interesting. Jean had a simple faith. She believed in Jesus as her personal savior and she would pray what is called “popcorn prayers” all the time. She wasn’t a theologian, but she knew God watched over her and provided for her. She knew that if God “allowed her into heaven” it was on the merit of Jesus’ work on the cross and not because of what she did or didn’t do - this was her faith. She’s going to be truly missed by her family and many friends, but we’re convinced she’s now doing what she hasn’t been able to do for a very long time: she’s dancing!!

The family of Jean Marie Dolan created this Life Tributes page to make it easy to share your memories.

Send flowers to the Dolan family.