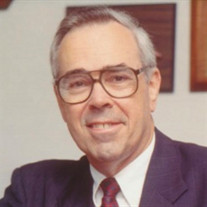 Jerry Hamilton Gass left this earth for his heavenly home on March 22, 2022. Surviving are his beloved wife of 66 years, Barbara; and three children, Lou Ann Keiser (Roy), David Gass (Sylvia), and Ruth Dechant. There are seven grandchildren and 13 great-grandchildren. Jerry was born in Knoxville, TN on September 18, 1934. He grew up on a small farm in Buckhannon, WV, where he raised goats. Always interested in agriculture, Jerry studied vocational agriculture at Glenville State College and West Virginia University, earning a BS in Agriculture in 1956. While at WVU he earned an internship at radio KDKA in Pittsburgh, broadcasting the morning agriculture report. He taught vocational agriculture, science, and shop at Sand Fork High School in WV before becoming a photographer and reporter for the Morgantown Post (WV). It was during that job that he discovered his love of journalism. Since that time, he served as the field editor for Southern States Cooperative, field service director and managing editor of the Virginia Poultryman, editor of National Turkey News, executive vice president of the Virginia Poultry Federation, president of the Virginia Poultry Industry Laboratory, and the director of corporate communications and government affairs for Southern States Cooperative from 1982 until his retirement in 1999. He was a lobbyist for farming interests in Washington, DC during those years. Jerry was active in the Future Farmers of America and served on their board of directors. He was the chairman for the US Chamber of Commerce Public Affairs Commission and public relations chairman for the National Council of Farmer Cooperatives. He also worked on committees for government affairs, the Vocational Agriculture in the Classroom Foundation, the Virginia Petroleum Council Legislative Working Group, and the Virginia Press Association. Jerry was a member of the American Society of Association Executives, the Virginia Chamber of Commerce, the Christian Business Men's Committee International, the Virginia State Cabinet, and various commissions, including the American Lung Association of Virginia and the American Cancer Society. He was also a member of the Gideons International and various local churches. Jerry had numerous honors in his lifetime, including distinguished service awards in FFA and Rocco Inc., honorary memberships, an IABC speechwriting award (1992), a gold medallion for the most outstanding public relations event in Virginia (1986, 1988) and a merit award for the same (1989), a commission for Kentucky Colonel, initiated into Gamma Sigma Delta in 1977, and previous awards for photography. He won the best American Legion publication for his Virginia Legionnaire in 1965. Jerry did not feel that his business successes or accolades were the most important part of his life, however. He came to saving faith in Jesus Christ at the age of 30. He said, "It was as though the Lord opened my eyes. He showed me that what I had to do was simply trust in His completed work, dying on the cross in full payment for my sins. I did. I remember smiling, relaxing in His care, and drifting off to sleep. What blessed assurance!" Jerry was active in church from a very early age. He said, "If someone asked me if I were a Christian, I would have said yes, and I would have been sincere. I tried to live a moral life, went to church regularly, and took part in many church-related activities. When I was 28, a man invited me to a Christian Business Men's breakfast, followed by a Bible study." Jerry attended that breakfast for about two years whenever he was in town. He said, "It was the first time I had really dug into the Word of God. It was also the first time that I had been surrounded by men who really loved the Lord. I came to realize that I didn't have a personal relationship with Christ. My wife, Barbara, would lovingly point me to Scripture, reminding me of God's faithfulness to all who wholeheartedly seek Him." Near the end of his life, Jerry testified, "There is joy in serving Jesus." Everyone who knew him sensed that joy and peace. He is now with his Savior. Our family would like to thank all of those who have been so kind to our parents in these last weeks of Jerry Gass's life on earth. We appreciate the cards, calls, visits, prayers, food, and flowers. Much of this time, Jerry was completely lucid, and he appreciated your messages of love and prayers. A thanksgiving service for Jerry Gass's life will take place Friday, March 25th at Morningside Baptist Church, 1115 Pelham Road, Greenville, SC 29615. Burial will be in the family cemetery near Conings, WV. Donations may be made in his honor to Puerto Rico Baptist College in Bayamón, Puerto Rico. Memorials may be made to VBN GENERAL FUND Care of IGM, 990 Calkins Road, Rochester, NY. 14623.

The family of Jerry Hamilton Gass created this Life Tributes page to make it easy to share your memories.

Jerry Hamilton Gass left this earth for his heavenly home on...

Send flowers to the Gass family.