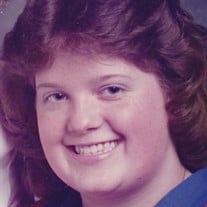 Kelly Johnson passed away on her birthday, 53 years young, due to complications from Diabetes. She was born in Silver Spring, Maryland to her parents Jean Marie Dolan and Carl Bowen Dolan. She is survived by her two older brothers, Jack Dolan (Phyllis) and Doug Dolan (Linda), and their children Audy Davis, Patrick Dolan, and Tera Dolan; and Matthew & Elizabeth Dolan, respectively. But also by her great-nieces Kylee and Leah. Born Kelly Marie Dolan on November 7, 1968, in Silver Spring, MD, Kelly was an easy-going child who was good at entertaining herself, loved her family, and made fast friends with everyone she could. Her family had moved to Alexandria, VA when Kelly was in first grade. And then to Tyson’s Corner when she was in third grade. Kelly graduated high school from George C. Marshall High in McLean, VA and she went directly into the workforce, beginning with temporary service agencies, until landing at SAIC as a receptionist. She was with SAIC for about eight years, until a major stroke interrupted her life and progress in her career. A few years later, Kelly met a man named Jesse over the internet, and they distance-dated until he proposed; she moved to Rochester, NY and they married. Alas, the marriage only lasted a few years as the challenges of life ultimately took a toll on their relationship. Kelly moved back in with her mother and took on the honorable role of a helper and caregiver. She shined in this role and really stepped up when her mom needed her the most. This became her “job” through the hospice stage of her mother’s life and until her mother died. Little did we know, it was to be Kelly’s primary lifework, as she herself passed away just two weeks after her mother’s death. Kelly had health concerns since her younger years: neurological challenges, strokes/TIAs, heart problems, and diabetes. She was always a trooper, she never complained. Kelly was a dear and loyal friend to many, and she even kept some friends since her High School days. She was bubbly, warm, simple, and likable; joyful, sensitive, caring, and respectful. Whether your nickname for Kelly was Kit, Kitten, Ladybug, or something else cute, she seemed to cuddle up to the endearment and the friend that came with it. We’re going to miss you, Kelly. Truly.

Kelly Johnson passed away on her birthday, 53 years young, due to complications from Diabetes. She was born in Silver Spring, Maryland to her parents Jean Marie Dolan and Carl Bowen Dolan. She is survived by her two older brothers, Jack Dolan... View Obituary & Service Information

The family of Kelly Johnson created this Life Tributes page to make it easy to share your memories.

Kelly Johnson passed away on her birthday, 53 years young, due...

Send flowers to the Johnson family.