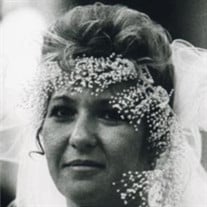 Marsha Gail Myers Brodie, 64, of Greenwood, South Carolina, passed away on Wednesday, October 13th, 2021. A native of Miami, Florida, Marsha was born February 17th, 1957 to parents Cecil Monroe and Mary E. Myers. Marsha was a 1974 graduate of Southwest Miami High School. She then worked in the food service industry while attending nursing school at Miami Dade College. As a Registered Nurse, Marsha worked in several South Florida hospitals, primarily Mount Sinai Medical Center in Miami Beach, and Homestead Hospital, where she was twice honored as Nurse of the Year, and coordinated the Sunshine Fund. She later became licensed as a registered nurse in South Carolina. Marsha was eager to serve outside of nursing. She was an active member of St John’s Episcopal Church and School, (Homestead, FL), where she served on the board of the school, sang in the choir, and was a Girl Scout troop leader. Marsha found great joy in attending her children’s extracurricular activities and being a team mom. Following retirement from nursing, she traveled extensively with her husband throughout North America in their motorhome. Her other interests included boating, motorcycling, exploring historic sites, and visiting family and friends. As a ten year resident of Greenwood, Marsha relished the many friendships she developed in the area. She was an active member of the Episcopal Church Women (ECW) at Church of the Resurrection and the Druid Hills coffee group. Her passing was preceded by her parents and sister, Willa M. Loper. She is survived by her husband of 33 years, Steven, son Graham, daughter Taylor Fredrick (Kelton). Also surviving are her sister Peggy Mayville of Ruidoso, NM, brother Kenneth Myers of Miami, FL, and many cousins, nieces, and nephews. Marsha enjoyed an extra 12 quality years of life due to her organ donor, Kate Grusauskas, for which her family and friends are eternally grateful. Marsha had a zest for life and fought a relentless battle, far longer and harder than anyone could have expected, and ultimately passed peacefully with her husband and children by her side. A funeral service will be held 11 am on Saturday, October 23rd, 2021, at the Church of the Resurrection Episcopal. 700 South Main St, Greenwood, SC. Family will receive visitors at the Church immediately following the service. For those unable to attend, the service will be streamed live from the Church’s facebook page. Marsha will be laid to rest alongside her parents in Wauchula, Florida, at a later date.

The family of Marsha Gail Myers Brodie created this Life Tributes page to make it easy to share your memories.