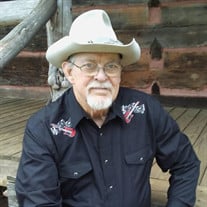 Samuel G. Reece, son of the late Ethel Carver Reece and Burt Gene Reece passed from his earthly home into the loving arms of our Heavenly Father on January 24, 2022. Sam is survived by his loving wife, Donna; daughters, Shelia (Novie) Cleveland, Tamie Sue Reece Olivaris; step children, Teddi (Tony Ellison) Palis, David (Marisa) Dunn, Brandi (Tom) Phillips Grim, Brett Phillips; siblings, Georgia Dill, Martha (Orville, deceased) Calhoun, Nathaniel (Sherry) Reece, Lois (Silas) Blackstock, Naomi Reece, Tim (Becky) Reece; numerous grandchildren, great grandchildren, step grandchildren, cousins, including special cousin, David (Marsha) Reece, nieces, nephews, and many blended family members far and wide. He was preceded in death by his stepson, Jack Dunn and Step grandson, Paul Dunn. Born in Oliver Springs, Tennessee, Samuel spent most of his working career in Heating & Air, retiring from Greenville Mechanical in 2007. Sam spent many years working beside his father, Burt, and brother, Nathan “Nate Dog”. Sammy was known as “Singing Sam” on the job sites and when things got stressful, he’d just break out in song. Sam’s dad was a lay minister and sheet metal worker as well as a heating and air specialist. Sam learned from him. The family moved many times during his childhood as Burt would not leave his family behind when work was needed, they would pack and move. By his parents 43rd Anniversary, they had moved 52 times! They resided in Bald Camp, TN, Lexington, Simpsonville, Wagner, Columbia, Walhalla, Greenville, Mauldin, Pontiac, SC, and Homestead, FL. His sisters, Marjorie (High Soprano), Martha (Low Lead), and Georgia (Alto) were known as The Reece Sisters between 1957-1962. Upon winning a PET Milk Contest, they were invited to perform at the Grand Old Opry but their schedules never coincided and they missed that opportunity. The Reece Sisters can still be heard on YouTube as “The Reece Sisters”. For 32 years, Sammy Dale stopped singing, life just got in the way but in 2013 he met John Johnson at Applebee’s in Easley, SC, they formed a bond that can never be broken. Sammy Dale was known for his Classic Country Voice but also his kindness, humility, love of music, sense of humor, and honesty. He was a Christian man of integrity and faith, being at peace with all people, but also sad and lonely. In late March 2015, life became worth living again. Sammy Dale and Donna met at Applebee’s through friends. They immediately connected when he sang “He’ll Have To Go” at Donna’s request. After their first dance, they were known as THE APPLEBEE’S DANCING DUO. Although Donna swore she would never sing in public, Sammy Dale would change that! They delighted many crowds with their rendition of “Long Legged Guitar Pickin Man” and “Jackson”. Sam proposed to Donna at Applebee’s on March 26, 2016 and they married on Friday, May 13, 2016. They traveled to Wimberly, TX, Paducah, KY, Myrtle Beach, Charleston, and Pigeon Forge. Their bucket list included a cruise to the Bahamas, Nashville, Memphis, California, and Reno. Sam and Donna lived life to the fullest, their love for one another was so apparent that many young people approached them to tell them how much they could see the love for one another in their demeanor and eyes, saying how much they admired them. They laughed, they cried, they flipped a house together and never lost their sense of humor or love for one another. The last journey of their illness brought them closer together, sealing their love of one another as well as their faith and trust in the Lord. The miracle for which so many prayed came on January 24, 2022. Sammy Dale is healed from the top of his head to the soles of his feet! His voice is restored, his heart is beating with Precious Memories, and he is singing in the best Country Music Choir of all time! Sam received his rewards for a life well lived, well loved, at peace with all people and love of the Lord. A Celebration of Life Service with Military Honors will be held at 3:00pm on Saturday, May 7 at God's Way Church, 1769 Keeler Mill Road, Travelers Rest, SC 29690. The family will receive friends at the church from 1:30pm until 3:00pm. Forever in my heart, your loving wife, Donna.

The family of Samuel G Reece "Sammy Dale" created this Life Tributes page to make it easy to share your memories.