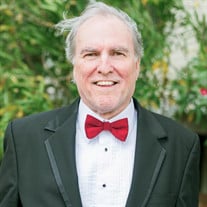 Terry Joseph Kenniston, 73, a native former resident of Tupper Lake NY, passed Thursday, January 6, 2022 at St. Francis Hospital in Greenville, SC. Born February 8, 1948 in Tupper Lake NY, he was the son of Robert and Hilda (Smith) Kenniston. He grew up in Tupper Lake NY and graduated from Tupper Lake High School, class of 1966. He served as captain of the varsity baseball team and was selected as first team All-Northern second baseman. Many will remember Terry as a fine athlete and a great friend. One of his fondest memories was playing baseball with his friends and classmates. He was also a huge New York Yankees fan and fan of the Baltimore Colts. Following his high school graduation, he attended Norwich University in Norwich, VT. After Norwich University, Terry enrolled at Murray State University in Murray, KY. and later was drafted into the U.S. Army. After serving, he was honorably discharged from the Army and enrolled at SUNY Plattsburgh where he received an undergraduate degree in Psychology. After college, he moved to Syracuse and worked for the United States Post Office. In the mid-1970s, Terry moved to West Palm Beach, FL. He worked several years as a respiratory therapist helping and saving many lives in the neo-natal department at St. Mary’s Hospital. His most treasured time in his career was his professional contribution at St. Mary’s hospital. Following the birth of his daughter, Hailey, Terry and his then-wife, Julie Allen, relocated to Taylors, SC. Terry resumed his career as a respiratory therapist practitioner where he continued to apply his professional expertise to help save lives from infants to adults in Upstate, South Carolina. Entering retirement life, Terry pursued his interest in the arts. He painted abstract acrylic art and later developed a polymer-clay sculpting art medium of which he designed and produced wall art, designer jewelry, and specialty designed colorful vases. Terry was recognized and awarded First Place for one of his polymer-clay sculpture wall art at the 2006 Appalachian State University Art Exhibition in Boone, North Carolina. Terry was a strong, compassionate man that had a heart of gold and touched the hearts of everyone he met. He lived a beautiful life with devotion and loving care of his daughter, family and friends. He is survived by his loving daughter Hailey Keel and her husband Cameron Keel, sisters Karen and Colleen Kenniston, brothers Mike and Bob, as well as many nieces and nephews. A separate memorial service will be held at St. Alphonsus Cemetery in Tupper Lake in the summer around July. Details will be announced closer to that time. Donations in Terry’s memory may be made to the Tupper Lake Rescue Squad.

The family of Terry Joseph Kenniston created this Life Tributes page to make it easy to share your memories.

Send flowers to the Kenniston family.