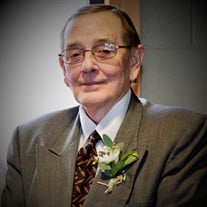 Thomas Samuel Bentley, Sr. Greenville, S.C. – Thomas S. Bentley, Sr., age 78, died in his home surrounded by his family and his beloved pets on Saturday, March 19, 2022. Tom, as he was known to his friends, was a decorated USAF Vietnam veteran. His ribbon rack includes an expert marksmanship ribbon, a good conduct ribbon, outstanding unit ribbon, as well as the National Defense and Vietnam Service Ribbon. While in Vietnam he assisted with the evacuation of wounded personnel on a medical tact helo team. His earliest years were spent in Baldwin on Long Island, New York living in a beloved home built by his maternal grandfather. He was the only child of Wilbur and Viola Bentley. He shared a special bond with maternal grandfather and missed him greatly when his family relocated to Miami, Florida. Once there, he flourished in a long career in the grocery industry at the Grand Union and met his future wife of 54 years, Dee Gills. He went on to become the general manager of several Winn Dixie locations before moving into a sales role with Nabisco in 1977. This path would move his family from southern Florida to Greenville, South Carolina. His professional ability to repeatedly exceed sales goals was attributed to his work ethic, sense of humor and integrity. All of which he attributed to the discipline and patriotism he learned in the Air Force. In recent years he battled cancer as the result of his exposure to agent orange while in Vietnam but he never regretted his decision to join the Air Force. Mr. Bentley joined his beloved wife, Dee, in eternity. Surviving are three children: Tess Russell, Tom Bentley, Jr., and Tim Bentley. He leaves behind seven grandchildren: grandsons Richard, Stephen, T.J., Brandon, and Jakob, and two granddaughters, Kasey and McKenzie, as well as nine great-grandchildren, with one more blessing on the way. Those wishing to honor his life are encouraged to donate to ASPCA, he was a regular monthly member in support of the organization's mission to provide for the prevention of cruelty to animals or a reputable organization that supports veterans. Services will be held Friday, April 8th at 3pm with an outdoor inurnment service open to all who would like to pay their respects at M.J. "Dolly" Cooper Veterans Cemetery, 140 Inway Drive, Anderson, SC 29621.

Thomas Samuel Bentley, Sr. Greenville, S.C. &#8211; Thomas S. Bentley, Sr., age 78, died in his home surrounded by his family and his beloved pets on Saturday, March 19, 2022. Tom, as he was known to his friends, was a decorated USAF Vietnam... View Obituary & Service Information

The family of Thomas Samuel Bentley Sr. created this Life Tributes page to make it easy to share your memories.

Send flowers to the Bentley family.