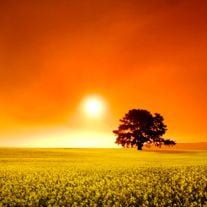 Willie Jackson ”Delphin” Williams, 89, passed from this world to his eternal heavenly home on November 25, 2021. He was born in Toccoa, Georgia to Benjamin Guy and Niece Matilda Williams and preceded in death by his parents, twin sister Dale Williams and brothers John Calvin and Benjamin Jerry Williams. He is survived by his wife of 68 years Shirley Bridges Williams of the home, daughters Debra Fowler (Phil) of Anderson, SC Pamela Harrison (Rusty) of Greer, SC grandchildren Kelley Fowler of Townville, SC Jessica Hatcher of Greer, SC and MaryBeth Lockaby (Jared) of Greer, SC. He was also a doting great grandfather to Harrison, Scarlett, and Wren Lockaby. He was a long-time and respected member of Georges Creek Baptist Church serving faithfully over the years singing in the choir, performing duties of Deacon, and serving on many committees including at least three Pastor Search committees. He was a Christian example, friend, and mentor to many and served wherever needed and called. Except for a couple of short-term jobs, Delphin spent his entire working career in the textile industry retiring in 1994 as a shareholder and Vice President of K & M Fabrics in Greenville. He enjoyed his family, his church, working in his garden, caring for his yard, his wife’s home cooking, cookies, and Clemson football. A memorial service to honor the life of Delphin Williams will be held at 2:00 pm on Thursday, December 9, 2021, at Georges Creek Baptist Church, 1991 Saluda Dam Road, Easley, SC 29640. In lieu of flowers, the family asks that donations be made to the general fund of Georges Creek BaptistChurch.

Willie Jackson &#8221;Delphin&#8221; Williams, 89, passed from this world to his eternal heavenly home on November 25, 2021. He was born in Toccoa, Georgia to Benjamin Guy and Niece Matilda Williams and preceded in death by his parents, twin... View Obituary & Service Information

The family of Willie Jackson "Delphin" Williams created this Life Tributes page to make it easy to share your memories.

Send flowers to the Williams family.