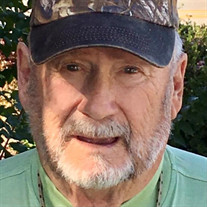 Woodrow Allen Freidank, 78, of Simpsonville, South Carolina peacefully passed away on August 28, 2021, surrounded by loved ones after a prolonged battle with diabetes. Born in Huntington, New York, Woodrow attended Harborfields High School where he was a star athlete and legend on the varsity baseball team for the class of 1960. After graduation, he served his country in the United States Army for four years and was Honorably Discharged. He married the love of his life Jeanne (Rusty) Freidank in 1970 and together they raised 3 beautiful children. Highlights from Woodrow’s successful career include ownership of two luncheonettes in Greenlawn, New York, and 25 years as the owner of Ruswood Installations, an appliance installation company serving Long Island New York along with PC Richard & Son. During that time, Ruswood expanded as part of the dynamic growth at PC Richard from 1 store to dozens across Long Island. After selling Ruswood Installations, Woodrow spent several years in a family-owned restaurant in Carolina Beach, North Carolina. It was this time that helped to launch the culinary careers of his two sons. In 1993 Woodrow was recruited into the cemetery and funeral business where he won many local and regional awards working in Wilmington, NC, Greenville SC, Baltimore MD, Danville VA, and Memphis TN. He returned to Greenville, SC, and worked with Cemetery Equity Solutions where he managed operations and sales for several cemeteries across South Carolina, a job from which he proudly never retired. He was passionate about each of these endeavors and was a positive influence on the lives of those with whom he worked and the families that he served. Outside of work, Woodrow was an avid golf enthusiast (a love affair that began at age 4) who could hold his own on the course against even the club pros. He also enjoyed boating and cooking out with his family, and all things Lobster! Woodrow was predeceased by his brother Gary who died in his youth, first wife of only 2 years Carleen, his brother Bruce, his father Woodrow, mother Ruth, and sisters Ginny and Lynn. He is survived by his wife Rusty, sons Rodney and Damian, daughter Alison, sister Juanita, 4 nephews, a niece, 6 grandchildren and a great granddaughter. A Traditional Funeral Service will be held on Wednesday, September 1, 2021, at 9:30am in the Chapel at the Cremation Society of South Carolina – Westfield Funerals located at 6010 White Horse Road, Greenville, South Carolina 29611. A private Committal Service will be held at Lakeview Memory Gardens located in York, South Carolina next week. For those who are out of the area or who are unable to attend, you may join the Funeral Service Virtually. Please click here to join the virtual service: https://view.oneroomstreaming.com/authorise.php?k=1630291512133543

The family of Woodrow A. Freidank created this Life Tributes page to make it easy to share your memories.

Send flowers to the Freidank family.